I’m loving the new Zune 3.0 client software. V1 was terrible. Just an ugly version of Windows Media Player. V2 was completely rewritten using a Microsoft internal platform called UIX, which is based on Media Center. Although it’s still .NET, I was slightly disappointed they didn’t use WPF.

Anyhow, it’s still a great piece of software, very fluent and intuitive, and it looks cool with all sorts of smooth animations. In V3 they added a few nifty features, such as new Now Playing visualizations. It downloads photos and data (such as number of plays) from the web, and performs a very attractive pan, zoom and tint effect on them. Here are a few shots: 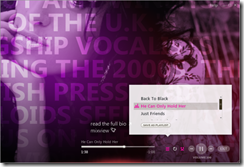 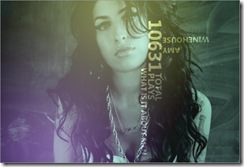 In addition, there’s the Mix View, which allows you to effectively view related albums and artists. You can play, buy or get more info directly from this view: 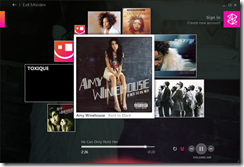 I’ve had my Zune (30GB) for over a year now, and it has gone through a lot. It’s quite battered. A month ago, it fell on the pavement and suffered a nearly-lethal blow. What really blows is that the device is fully functional, but the display is cracked, with a large black stain in the middle: 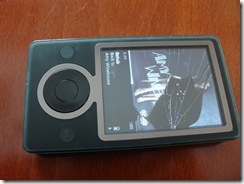 So now I’m considering buying the new (flash memory-based) 16GB Zune. The new 3.0 firmware also has a few new features I like: browse the marketplace wirelessly and games. What I’m still missing is support for international fonts (mainly Hebrew) and search (the marketplace has it – with a great interface.)